Numbers reduced, with a large supply of weaned calves, over 400 head. There were less numbers of weaner and yearling cattle, with a good supply of cows penned. All the regular buyers attended and operated, with a return of a live export bull operator and strong competition from Southern store interests. Weaned calves sold to 310c/kg to southern buyers. Producers are selling the next crop of weaners, an indication of the dire conditions of the selling area. Weaner steers saw cheaper trends of 7c, while conversely the heifer portion sold to a dearer trend of up to 25c/kg. Plain light yearling steers saw a cheaper trend of 10c to feeders, while medium weights to restockers and feeders eased from 9c to 11c/kg. Similarly, yearling heifers sold to cheaper trends from 13c to 15c/kg. Medium heifers sold to firm trends, while heavy heifers were 10c/kg dearer. Heavy grown steers improved by 10c, as did the better conditioned grown heifers to processors, which improved 20c/kg. Plain light cows to restockers eased by 5c, with the medium weight D2 cows increasing up to 30c/kg. D3 and D4 cows saw increases from 10c to 18c and a live export bull order returned a 10c/kg increase for the heavy categories. 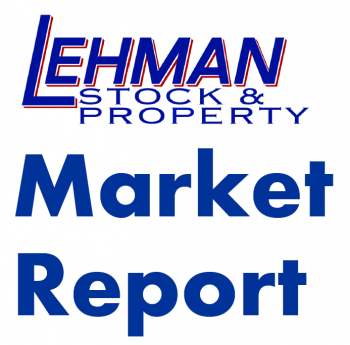